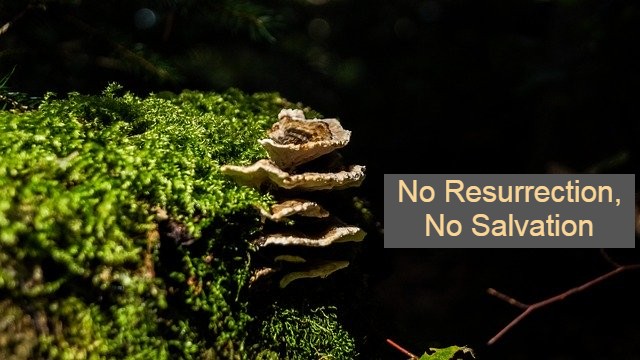 Let’s look at several Scriptures that define the nature of God.

For the Lord is righteous;
he loves righteous deeds;
the upright shall behold his face.

God is a righteous judge,
and a God who feels indignation every day.

“Holy, holy, holy is the Lord of hosts;
the whole earth is full of his glory

But the Lord of hosts is exalted[j] in justice,
and the Holy God shows himself holy in righteousness

24 For the Lord your God is a consuming fire, a jealous God.

You shall do no injustice in court. You shall not be partial to the poor or defer to the great, but in righteousness shall you judge your neighbor.

9 You shall not pervert justice. You shall not show partiality, and you shall not accept a bribe, for a bribe blinds the eyes of the wise and subverts the cause of the righteous. 20 Justice, and only justice, you shall follow, that you may live and inherit the land that the Lord your God is giving you.

For this time I will send all my plagues on you yourself, and on your servants and your people, so that you may know that there is none like me in all the earth.

See now that I, even I, am he, and there is no god beside me; I kill and I make alive; I wound and I heal; and there is none that can deliver out of my hand.

that people may know, from the rising of the sun and from the west, that there is none besides me; I am the Lord, and there is no other.

We learn from all these verses that God is Holy -God is other ( TRANSCENDENT), in a category of His Own, He can’t be compared to any of His creation/creature because HE is set apart from all of His creation; and God is also morally perfect. He loves righteousness and He is the standard for what is right. God is just and because HE is just, HE cannot tolerate sin for a just God must hate evil and love good because God is inherently good. In order for God to be God  HE must be good, thus hate evil. The next Truth that we need to come to grips with is mankind nature.

2. The Nature of Mankind

The bible has accurately diagnosed our condition in Psalm 14:1-3

14 The fool says in his heart, “There is no God.”
They are corrupt, they do abominable deeds;
there is none who does good.

2 The Lord looks down from heaven on the children of man,
to see if there are any who understand,[a]
who seek after God.

3 They have all turned aside; together they have become corrupt;
there is none who does good,
not even one.

We are by nature sinners,  we are inherently evil and hate God because He is by nature good. And that’s the greatest problem that we’re facing. A good God must punish evil humans like us or HE can’t be God. God’s goodness, uprightness, righteousness, justice are the reasons why He punish sinners like us. Let’s take a look at the verses below

He who justifies the wicked and he who condemns the righteous
are both alike an abomination to the Lord.

Be assured, an evil person will not go unpunished,
but the offspring of the righteous will be delivered.

In the path of righteousness is life,
and in its pathway there is no death.

The Almighty—we cannot find him;
he is great in power;
justice and abundant righteousness he will not violate.

We learn from these verses that for God to be righteous, He must punish Sin. So how do we atone for our sins?

Even satan understands that God must punish sins,  this is why he is called the accuser of the brethren. To really understand our position before God prior to our salvation, let’s take a look at Zechariah 3:1-3

So now the dilemma that is presented to us is this- How can God justify evil men and still maintain His integrity? And this is what satan couldn’t understand and was questioning GOD’S character. How can God justify evil men and still be God? Wouldn’t that mean that HE is a corrupted judge based on what Proverbs 17:15 declares. God himself said that no evil person will go unpunished. So How can HE justify evil humans like us? And that’s what satan was questioning until Jesus came in the picture. Let’s read

But now the righteousness of God has been manifested apart from the law, although the Law and the Prophets bear witness to it— 22 the righteousness of God through faith in Jesus Christ for all who believe. For there is no distinction: 23 for all have sinned and fall short of the glory of God, 24 and are justified by his grace as a gift, through the redemption that is in Christ Jesus, 25 whom God put forward as a propitiation by his blood, to be received by faith. This was to show God’s righteousness, because in his divine forbearance he had passed over former sins. 26 It was to show his righteousness at the present time, so that he might be just and the justifier of the one who has faith in Jesus.

GOD showed and proved His righteousness and put satan and all his demons to shame by sending Jesus to be the propitiation for our sins. Let’s take a look at Colossians 2:13-15 to understand this even better,

And you, who were dead in your trespasses and the uncircumcision of your flesh, God made alive together with him, having forgiven us all our trespasses, 14 by canceling the record of debt that stood against us with its legal demands. This he set aside, nailing it to the cross. 15 He disarmed the rulers and authorities[b] and put them to open shame, by triumphing over them in him

Do you know why without the Resurrection of Christ, there is no Salvation? The Resurrection of Christ proves that God was pleased with his sacrifice because if God wasn’t, Christ would have remained dead but his resurrection is a great proof that his sacrifice was pleasing to God and therefore we have hope and a sure hope that we will live ( and not die) because we have put our trust in Christ. If we truly understood what the resurrection meant for the apostles and the early followers of Christ , we would not only be willing to die for it but live to tell about it. There is a reason why the apostles were fearless in their preaching of the resurrection;  it meant the cessation of war between man and God, it meant peace with God.  The war has ceased , now we have access to the Father  through Jesus.  He is the way , the Truth and the Life and No one can come to the Father except through Him and his Resurrection from the dead proved that He was truly the only way, the Truth and the Life and that no one can come to the Father except through Jesus.

On Jesus  God has set His seal of approval by raising Him from the dead. This is why Christianity is the only way because only JESUS LIVES. No other religion can offer this salvation because they can’t, they are by nature dead and dead men can’t save other dead men. The Resurrection of Christ is the only proof that we have that God is pleased with His atonement for us. There is no other way to be saved but through Christ. If Christ didn’t rise, we are still living in our sins and we have no hope, for we are still at war with God and are in danger of eternal damnation, because we are still under the wrath of God. This is what the apostle Paul was communicating in 1 Corinthians 15:13-34

29 Otherwise, what do people mean by being baptized on behalf of the dead? If the dead are not raised at all, why are people baptized on their behalf? 30 Why are we in danger every hour? 31 I protest, brothers, by my pride in you, which I have in Christ Jesus our Lord, I die every day! 32 What do I gain if, humanly speaking, I fought with beasts at Ephesus? If the dead are not raised, “Let us eat and drink, for tomorrow we die.” 33 Do not be deceived: “Bad company ruins good morals.”[d] 34 Wake up from your drunken stupor, as is right, and do not go on sinning. For some have no knowledge of God. I say this to your shame.

I don’t think I’ve quite communicated what I wanted to communicate but I’m praying that when you read this, the Holy Spirit will work in you to will and act according to his good purpose.