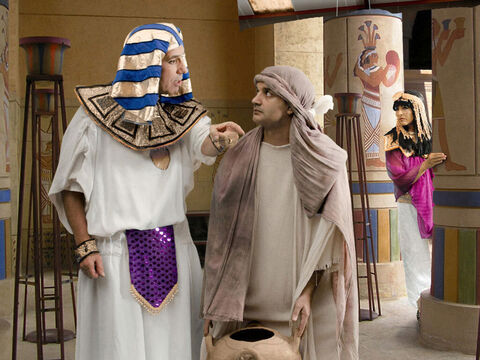 Welcome back to our study of the life of Joseph. In the last couple of weeks, we zeroed in on  Joseph’s  background and many of us will agree that his family could be described as being borderline dysfunctional. Envy and jealousy led his brothers to sell him into slavery in Egypt. While his brothers might have been the ones causing havoc in his life, Joseph’s  real enemy was satan, who was seeking to thwart God’s purpose. We also learned that Joseph was a prototype of the Messiah Christ. Today Pastor Julio will continue with chapter 39 and I’ll invite you to prepare your hearts to receive the message.

9 Now Joseph had been brought down to Egypt, and Potiphar, an officer of Pharaoh, the captain of the guard, an Egyptian, had bought him from the Ishmaelites who had brought him down there. 2 The Lord was with Joseph, and he became a successful man, and he was in the house of his Egyptian master. 3 His master saw that the Lord was with him and that the Lord caused all that he did to succeed in his hands. 4 So Joseph found favor in his sight and attended him, and he made him overseer of his house and put him in charge of all that he had. 5 From the time that he made him overseer in his house and over all that he had, the Lord blessed the Egyptian’s house for Joseph’s sake; the blessing of the Lord was on all that he had, in house and field. 6 So he left all that he had in Joseph’s charge, and because of him he had no concern about anything but the food he ate.

Join us for worship today by clicking on the following link:
Newsletter:
Be on the lookout for our newsletter, which will contain announcements, information, and other details not included in the videos. If you haven’t signed up to receive the newsletter, you can do so at:
Newsletter Sign-up
Lastly, Please find our giving information below:
For giving through regular mail:
P.O. Box 8222
Gaithersburg, MD 20898
-OR-
Neelsville Presbyterian Church
Attention: Grace Community Church

Tags: genesis 29 exposition joseph in potiphar's house who is in control of your life