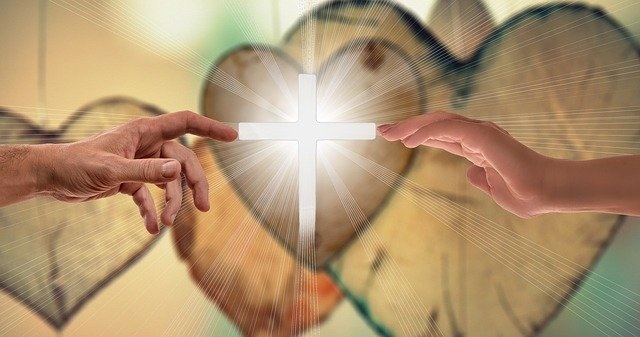 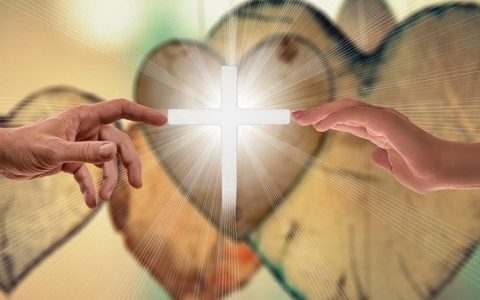 Why the God-Man? This is a question that Christians must be able to answer, especially when critics of other faiths deny Jesus Christ’s deity. While this is a delicate subject to consider, it is certainly worth contemplating. My decision to give an explanation for the absolute necessity for the God- Man was birthed out of an exchange I had with my cousin, a fervent Muslim.

We were discussing Christ’s deity, which he categorically denied, saying, like every other Muslim, that God does not have a son. One of the most difficult challenges for non-Christians is fully comprehending the term “Son of God.” They usually think of it in human terms, as if God had relations with a woman and Christ, whom we call the Son of God, came from it. Being the Son of God means that Jesus shares the same essence or substance as God, that He is co-eternal with God the Father and the Spirit. The book of Genesis in the Old Testament alluded to this in the creation account,

26 Then God said, “Let us make man[h] in our image, after our likeness. And let them have dominion over the fish of the sea and over the birds of the heavens and over the livestock and over all the earth and over every creeping thing that creeps on the earth.”

27 So God created man in his own image,
in the image of God he created him;
male and female he created them.

Jesus is the second member of the Godhead and has existed for all eternity in accordance with John 1:1-4,

Long ago, at many times and in many ways, God spoke to our fathers by the prophets, 2 but in these last days he has spoken to us by his Son, whom he appointed the heir of all things, through whom also he created the world. 3 He is the radiance of the glory of God and the exact imprint of his nature, and he upholds the universe by the word of his power.

I know what the majority of you are thinking. You’re probably thinking to yourself that it’s impossible to use the bible to prove the bible. This is why we must establish the existence of God and the Bible as His absolute Word given to us for instruction. I addressed  that in the link below.
https://tayibs.com/2020/07/29/how-do-we-know-that-we-serve-the-true-god/
When I asked my cousin how man’s sins are atoned for in the Muslim faith, he appealed to God’s mercy. I agreed with him that God is merciful, but God is also a just God who cannot simply only cover over sins. Sin must be punished, or God will be a corrupted judge rather than a righteous one. The fundamental error that Muslims and non-Christians make is failing to comprehend the nature of God. They completely disregard His Justice by simply appealing to His Mercy. God’s mercy manifested itself in the death on the cross of the God-man( Jesus Christ). However, many people, to their peril, reject this objective truth that is consistent with God’s character. In the video below, the late Dr. John Gerstner will discuss the absolute necessity of the God-man and I’ll invite you to watch it thoroughly ( you may have to watch it a few times to fully grasp it)

The Absolute Necessity Of The God-Man

I also want to add the following points.

1. The damnation of the whole human race

When Adam and eve sinned against God, the whole human race was damned, separated from God with no way to bridge the gap. That’s something that mankind can’t conceive. We are by nature objects of wrath and come out of our mothers womb enemies of God. And there is nothing we can do to satisfy his wrath. Consequently unless God Himself intervenes on our behalf , we are doomed. Therefore God made a way. But how ? That takes me to point number 2

2. Who Will Redeem the human race

Within the Godhead, Jesus the second person of the Triune God was the one  to pay the penalty for the sins committed by the human race , starting with Adam and Eve, this is consistent with Hebrews 10:7

5 Consequently, when Christ[a] came into the world, he said,

“Sacrifices and offerings you have not desired,
but a body have you prepared for me;
6 in burnt offerings and sin offerings
you have taken no pleasure.
7 Then I said, ‘Behold, I have come to do your will, O God,
as it is written of me in the scroll of the book.

Now this is our official introduction of the absolute necessity of the God-man. Upon closer inspection, only mankind can suffer the infinite wrath of God ( because only mankind deserves it because of sin) but only God can survive His own infinite wrath, so it had to be a God-Man in order to fulfill both requirements ( think about it deeply). Let’s unpack this a little more. Only God can redeem from His own wrath, because His wrath is infinite that no finite creature ( mankind) could sustain it. It takes an atonement of infinite value  to satisfy the infinite wrath of God. So only God could endure His own wrath and live. Consequently for a redeemer to be a successful one, He must be God. On the other hand, only a guilty sinner can be the subject of the wrath of God. So we have a problem on our hand, and here it is: only God can endure His own wrath, but only sinful humans can incur it.  And since God by nature is unchangeable, He can’t suffer ( pause and think about that very deeply). Therefore He had to a man in order to suffer. But Jesus was born without Sin, He couldn’t sin, so how could He be the subject of the wrath of God? 2 Corinthians 5:21 gives us the answer to that,

1 For our sake he made him to be sin who knew no sin, so that in him we might become the righteousness of God

When Jesus Christ came on planet earth, the Bible tells us that the Word ( God) became flesh. This means that the human nature was added to the divine nature, both natures retained their attributes, we talk about the hypostatic union. So why did Jesus come? To satisfy both requirements we mentioned earlier-to suffer the infinite wrath of God as a Man because only a person with this  dual nature ( God-Man) could satisfy both conditions.  And this is Gospel, and this is why the bible says in Acts 4:12

there is salvation in no one else, for there is no other name under heaven given among men[a] by which we must be saved

I hope this was clear enough for you, whoever you may be. Our lack of understanding of the nature of God is deadly. This is why people always make the false assumption of appealing to His mercy without fully understanding that God doesn’t just ignore our sins. His justice system doesn’t operate like that. Someone has to pay the price, and no man can pay that price because God’s wrath is infinite. Consequently only God can redeem us from His own wrath, and His mercy came in the person of the God-Man Christ’s sacrificial death on the cross.

Tags: the necessity of the God man why Jesus